“It is understood that Longobardi has been called up for military service.” That is the result
of the 1940’s Men’s Open Doubles.

END_OF_DOCUMENT_TOKEN_TO_BE_REPLACED

This is the second in a series of historical articles written by Lorraine Maxwell who has been tirelessly digging back through the MIA Open archives. Thankyou Lorraine!

In the 1930’s players from around the region participated in the tournament. Tennis was a sporting and social event with articles in the paper describing the dance, band and venue after the tournament had concluded.

In 1932 the courts moved further down the street, to where the old ambulance station is towards McDonalds. There were 6 courts plus other around the town.

Jack Shannon won the Men’s Singles in 1933 & 1934, his deadly accuracy and sound play meant that he was able to come back from a 4-0 deficit to finally win 9-7 in an early round, then win the final easily.

END_OF_DOCUMENT_TOKEN_TO_BE_REPLACED 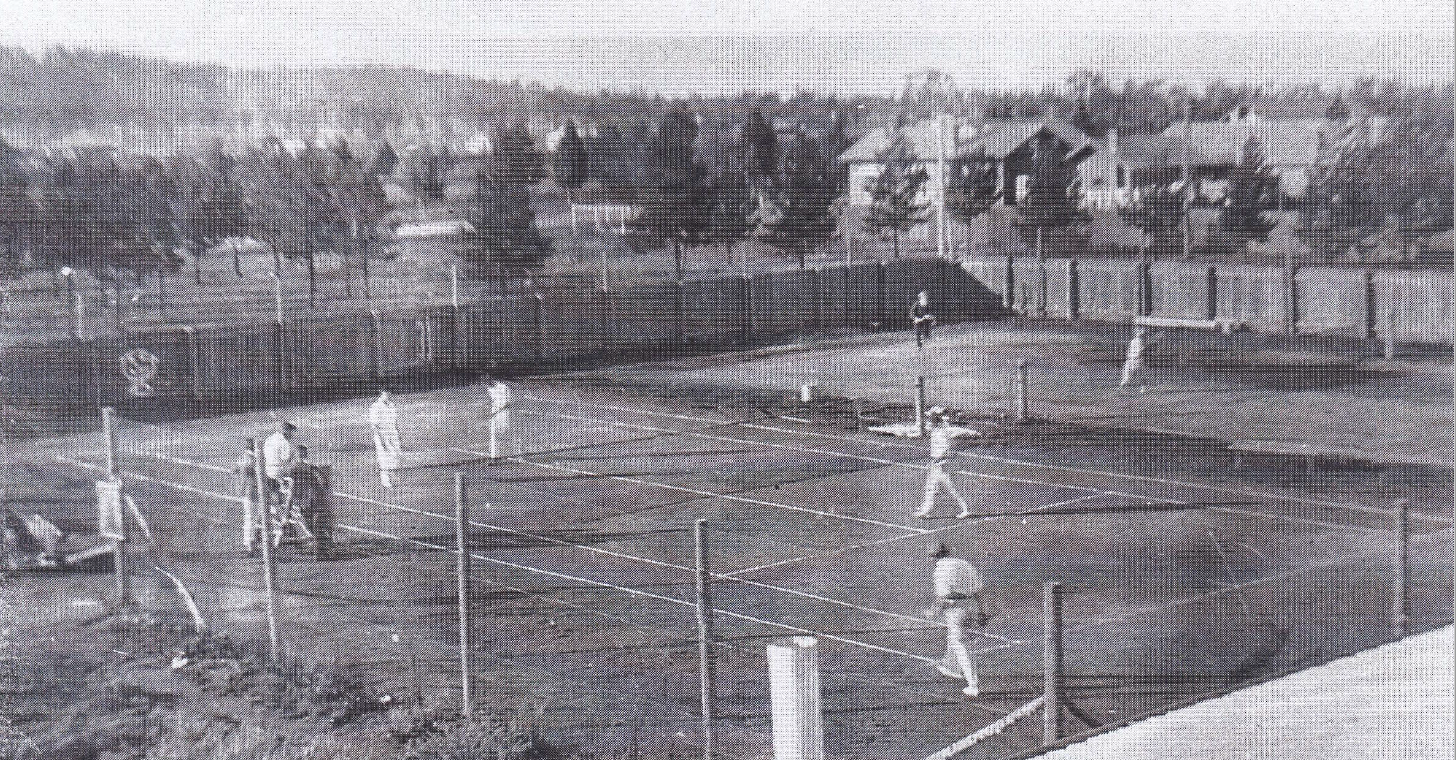 END_OF_DOCUMENT_TOKEN_TO_BE_REPLACED

Everyone welcome – there will be history of the competition dating back decades, event planning and more – see you there!

At the tennis club house, all members welcome

…and everyone who would like to get involved by joining the committee to help tennis flourish in Griffith are especially welcome!

END_OF_DOCUMENT_TOKEN_TO_BE_REPLACED

The 2021 Summer Social Comps return in February – there are competitions running almost every night of the week, so get yourself or your team registered via the attached form (also available to pickup at the clubhouse)!

Please review the updated guidelines that we all must follow, to ensure that  we do all we can to stay COVID safe.